Do you remember when Pizza Hut used to do a summer reading challenge and the reward was a free personal-sized pizza? I do! I used to love not only setting and achieving the goal I had set, but also reading a great book…or ten.

Each year for the past few, I have set myself a reading challenge using Goodreads (you can find and add me on Goodreads HERE!). This year, knowing I had a baby on the way, I challenged myself to read six books. I figured that for the first few months before I had Beckham I would knock out a few of those and then sprinkle the rest throughout the year if there was time. Well, I managed to knock the six down within the first four months of the year before I went into labor, so now I am enjoying a new reading list for the summer and sharing it with you! 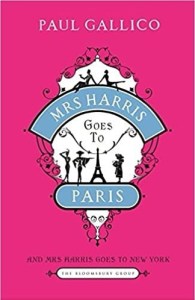 My current read! I saw the preview for the movie version of this book that comes out later this year and knew I had to give it a read. I am a big believer in reading the book prior to watching the movie so this became a priority before the film comes out.

Mrs. Harris is a salt-of-the-earth London charlady who cheerfully cleans the houses of the rich. One day, while tidying Lady Dant’s wardrobe, she comes across the most beautiful thing she has ever seen in her life-a Dior dress. In all the years of her drab and humble existence, she’s never seen anything as magical as the dress before her and she’s never wanted anything so badly. Determined to make her dream come true, Mrs. Harris scrimps and saves until one day, after three long, uncomplaining years, she finally has enough money to go to Paris.

When she arrives at the House of Dior, Mrs. Harris has little idea of how her life is about to be turned upside down and how many other lives she will transform forever. Always kind, always cheery, and always winsome, the indomitable Mrs. Harris takes Paris by storm and learns one of life’s greatest lessons along the way.

This treasure from the 1950s reintroduces the irrepressible Mrs. Harris, part charlady, part fairy godmother, whose adventures take her from her humble London roots to the heights of glamour. 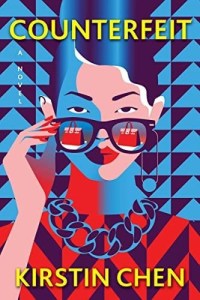 Full of luxe handbags and the fakes that imitate them, this is a novel that sees its heroine joining a ‘business’ of selling fake luxury goods with a college friend. But when that friend goes missing, her world is plunged into chaos. I can’t wait to break into this mystery thriller…especially since there are Birkins involved.

Money can’t buy happiness… but it can buy a decent fake.

Ava Wong has always played it safe. As a strait-laced, rule-abiding Chinese American lawyer with a successful surgeon as a husband, a young son, and a beautiful home—she’s built the perfect life. But beneath this façade, Ava’s world is crumbling: her marriage is falling apart, her expensive law degree hasn’t been used in years, and her toddler’s tantrums are pushing her to the breaking point.

Enter Winnie Fang, Ava’s enigmatic college roommate from Mainland China, who abruptly dropped out under mysterious circumstances. Now, twenty years later, Winnie is looking to reconnect with her old friend. But the shy, awkward girl Ava once knew has been replaced with a confident woman of the world, dripping in luxury goods, including a coveted Birkin in classic orange. The secret to her success? Winnie has developed an ingenious counterfeit scheme that involves importing near-exact replicas of luxury handbags and now she needs someone with a U.S. passport to help manage her business—someone who’d never be suspected of wrongdoing, someone like Ava. But when their spectacular success is threatened and Winnie vanishes once again, Ava is left to face the consequences.

Swift, surprising, and sharply comic, Counterfeit is a stylish and feminist caper with a strong point of view and an axe to grind. Peering behind the curtain of the upscale designer storefronts and the Chinese factories where luxury goods are produced, Kirstin Chen interrogates the myth of the model minority through two unforgettable women determined to demand more from life. 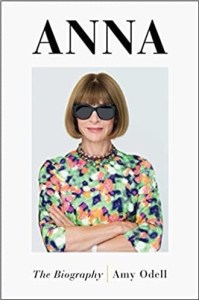 The woman that is American Vogue as we know it: Anna Wintour. Allegedly the inspiration for Miranda Priestly in The Devil Wears Prada after an assistant left Vogue and wrote the novel, Anna Wintour in a prestigious figure in the fashion world and one I cannot wait to learn more about. I absolutely love reading biographies of badass women, and Anna is certainly one of them.

As a child, Anna Wintour was a tomboy with no apparent interest in clothing but, seduced by the miniskirts and bob haircuts of swinging 1960s London, she grew into a fashion-obsessed teenager. Her father, an influential newspaper editor, loomed large in her life, and once he decided she should become editor-in-chief of Vogue, she never looked back.

Impatient to start her career, she left high school and got a job at a trendy boutique in London—an experience that would be the first of many defeats. Undeterred, she found work in the competitive world of magazines, eventually embarking on a journey to New York and a battle to ascend, no matter who or what stood in her way. Once she was crowned editor-in-chief of Vogue—in one of the stormiest transitions in fashion magazine history—she continued the fight to retain her enviable position, ultimately rising to dominate all of Condé Nast.

Based on extensive interviews with Anna Wintour’s closest friends and collaborators, including some of the biggest names in fashion, journalist Amy Odell has crafted the most revealing portrait of Wintour ever published. Weaving Anna’s personal story into a larger narrative about the hierarchical dynamics of the fashion industry and the complex world of Condé Nast, Anna charts the relentless ambition of the woman who would become an icon. 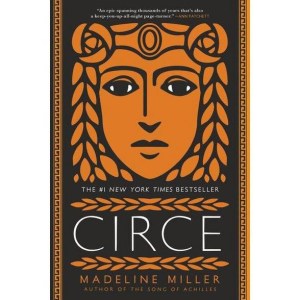 Drew and I both enjoy mythology stories, so I grabbed this one last time we were on a Target run. I’m excited to read a fictionalized version of this character’s story and learn more about her.

In the house of Helios, god of the sun and mightiest of the Titans, a daughter is born. But Circe is a strange child — not powerful, like her father, nor viciously alluring like her mother. Turning to the world of mortals for companionship, she discovers that she does possess power — the power of witchcraft, which can transform rivals into monsters and menace the gods themselves.

Threatened, Zeus banishes her to a deserted island, where she hones her occult craft, tames wild beasts and crosses paths with many of the most famous figures in all of mythology, including the Minotaur, Daedalus and his doomed son Icarus, the murderous Medea, and, of course, wily Odysseus.

But there is danger, too, for a woman who stands alone, and Circe unwittingly draws the wrath of both men and gods, ultimately finding herself pitted against one of the most terrifying and vengeful of the Olympians. To protect what she loves most, Circe must summon all her strength and choose, once and for all, whether she belongs with the gods she is born from, or the mortals she has come to love.

With unforgettably vivid characters, mesmerizing language, and page-turning suspense, Circe is a triumph of storytelling, an intoxicating epic of family rivalry, palace intrigue, love and loss, as well as a celebration of indomitable female strength in a man’s world.

Champagne Style On A Budget…But What Is…

Taking ‘Me Time’ Is Anything But Selfish

My Guide To The Best of Kansas…