Last weekend with all the rain, I settled in for an old Hollywood movie marathon. This weekend, I’ve decided to go with a fashion movie marathon. Yes, that is means there is more to fashion in the movie industry than just The Devil Wears Prada (although, I will always watch that one for sure). Whether you are celebrating the new designer collections that just wrapped from fashion week or just want to have a glam weekend on your couch, these stylish films are sure to inspire you. 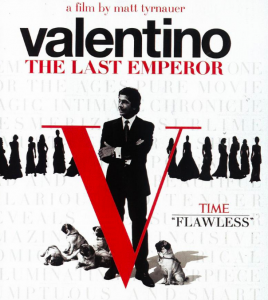 The fashion documentary that really started them all. We get a look into Mr. Valentino’s life in his many homes across Europe, his anniversary celebration, and his incredible creations. Plus, Valentino’s many many pug dogs are featured! 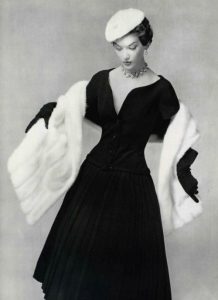 The level of detail and craftsmanship that goes into all of the Dior creations and extends to every area of the business are on full display in this documentary. We get to follow along as Raf Simons enters the business as the new designer (prior to Maria Grazia Chiuri) and create his first collection for the house. 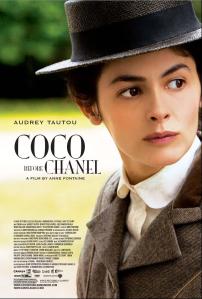 Throwing in a little Chanel in the form of a movie, not a documentary! Famed French actress Audrey Tautou play Gabrielle Chanel and we get a look into the designer’s personal life as her professional one blossoms. Be ready for subtitles because this one is in French. But for anyone that doesn’t speak French that just means this counts as reading, too. (Bonus Chanel: Netflix’s 7 Days Out has a Chanel episode that takes us through the 7 days leading up to their Spring-Summer 2018 Couture show.)

The First Monday In May

Often referred to as the ‘Super Bowl of the fashion world’, the first Monday in May is reserved for the Met Gala. This documentary follows along the creation of the 2015 exhibit and gala as Vogue makes it all come to life with The Metropolitan Museum of Art. Celeb sightings and incredible couture make this a must-see. 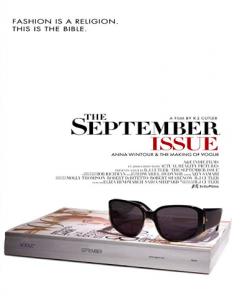 THE fashion documentary. Vogue’s September issue is the biggest fashion magazine every year and this film takes us through the creation of it in 2007 (Sienna Miller’s cover). We get the inside look into Vogue, including shoots with Grace Coddington and inside the home of the queen, Anna Wintour.

Scatter My Ashes At Bergdorfs 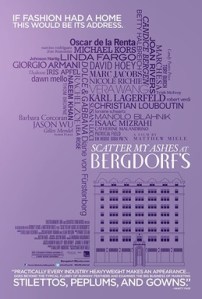 A documentary about a department store may not sound riveting, but it definitely is when you add in celebrity interviews, fabulous stories, and secrets from the staff (including one about Yoko Ono buying up basically the entire stock of furs), and Berdorf’s insanely creative holiday window displays being brought to life. This is one of the most fun fashion films out there. 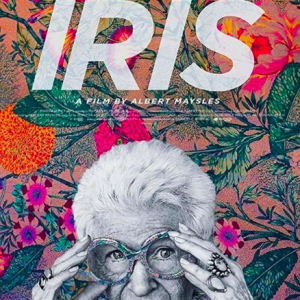 Trust me. If you don’t know who Iris Apfel is, just watch this because by the end you will want to be her best friend. Iris calls herself an ‘accidental icon’. She never sought fame or recognition for what she wore. She simply wears what she likes (which happens to be huge chunky bracelets and necklaces and loud patterns in bright colors) which garners her attention. So much attention that entire museum exhibitions have been set up to display her signature eccentric style. Accidental or not, she is an icon.

Let me know which one is your favorite!

Size Does Not Matter

My Favorite Holiday Decor Spot In My…